5 Signs That You Nailed the Interview 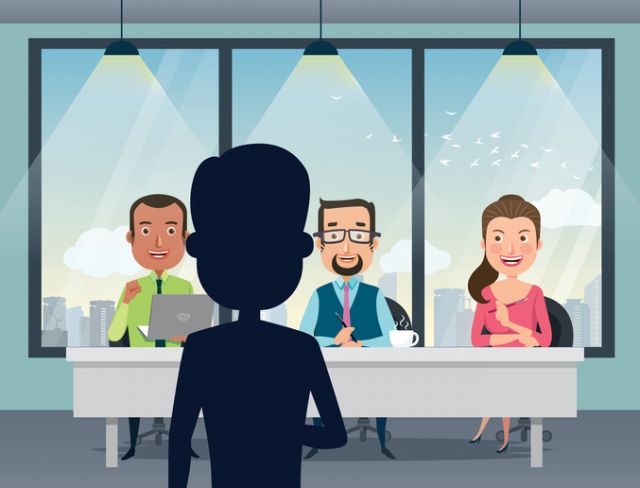 Having passed the application stage and sometimes even an aptitude test, getting to the interview stage is often a thing of joy for many job-seekers. However, the period of waiting for feedback after the job interview can lead to fear for some candidates and thus become confused about the next outcome. This limbo period following the interview is tough, and while some individuals may have a gut feeling and are confident, they may still be second-guessing how they actually performed.  Some start reflecting on the answers they gave, how they gave it and even the answers other candidates would have probably given too. All of these methods will only lead to having an unnecessary headache, which can be avoided by taking note of these signs as stated below.

These are the five (5) signs that you nailed an interview;

1. Your Interviewer Takes Longer Time than Usual Interviewing Only You

Most organizations’ interview process is formal and follows an orderly process. Among the attributes in the process is that it’s scheduled and timed. Each candidate to be interviewed has a scheduledtime often with a maximum time frame. It becomes a positive sign when the interviewer takes more time than what was allocated or more time that is necessary in interviewing only one candidate. It’s seen as a good omen and probably means the interviewer took more interest in that individual and needed to ask more question to clarify some things or further confirm the candidate’s competence.

2. The Interviewer turns it to a chat

As said before, most interviews are formal and most HR personnel will want to go by the book alone, thereby focusing only on the prepared sets of questions. However, things become unusual if the interviewerdecides to go outside the book and turn the ‘interview’ into what can be referred to as a chat (an informal conversation). Some will even go as far as asking some questions unrelated to the job position which can be referred to as ‘personal’ questions. If this happen, tendencies are that you already nailed the interview and those were just extra efforts put in by the interviewer to know you more before you are officially given an offer.

3. You were asked when you can resume

If you are asked when you can resume, then it’s more like you are being given an offer but they are using an informal sentence in expressing it. An interviewer will not ask you when you can resume if he or she doesn’t have prospects of employing you. They just see this question as probably the last factor to consider before you are finally given an offer. If you are asked this, then tendencies are that you did well and you will get an offer.

Some individuals make it a thing of duty to ask their interviewer for a contact – email or phone number so they can probably send a ‘thank you’ mail or get subsequent feedback from them informally. However, if an interviewer already knows that you performed poorly and you will not get the job, giving you his or her contact is just creating for him or herself an unnecessary ‘disturbance’ – as you will keep disturbing since you didn’t get the job. But if an interviewer takes step in giving you his or her number, mail or LinkedIn details, tendencies are that you did well.People find it easier to associate with successful people. Fact!

5. You get invited for a another stage of interview

Most application process has only one interview stage except for few global or very competitive firms that take exemption to this. What that means is that, after the interview, the decision as to whom to give an offer is most time made. Sometimes however when interviewers are still skeptical about a candidate, instead of letting go of the candidate, they schedule for the person another interview. This means the person did well at first, but probably not exceptionally. So instead of sifting him or her along with the other candidates that are not taken, they give the candidate another chance to prove him or herself.

As seen above, one can easily appraise his or herself and even predict whether to get an offer or rejection. If all or most of these become prevalent in your interview, then you can probably just take a seat, cross your legs, hold a cup of tea and just wait. Good luck!